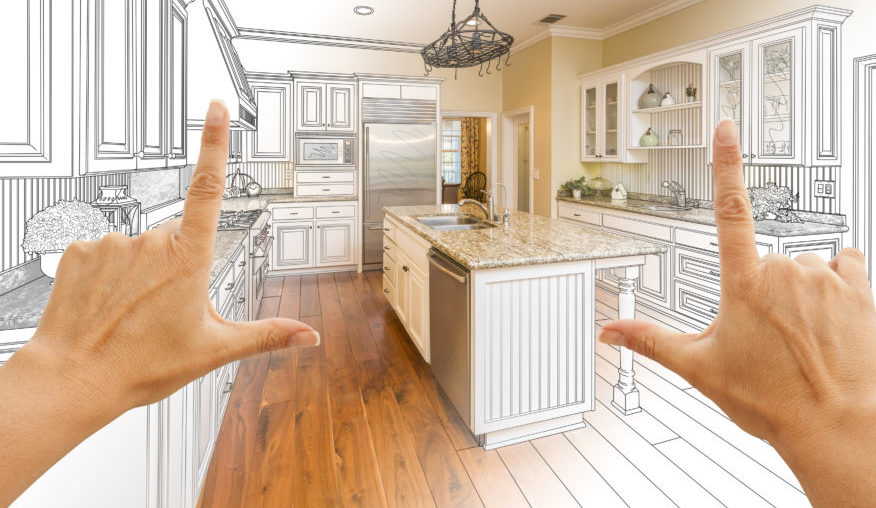 For many of us, when it comes to home renovations, our knowledge consists of knowing that we want it and a willingness to pay for it.

Unfortunately, not all contractors are created equal, and without knowing the basics, it is easy for many of them to confuse you with complicated and impressive sounding terms that will leave you staring blankly and your wallet empty.

Thankfully, a little can go a long way when it comes to home renovation terminology and the benefits don’t just affect your wallet. Having a greater knowledge of the process will leave you feeling more involved, and thus, being able to weigh a greater input.

So whether you are about to renovate or are just looking to understand what the guys on TV are saying, here is some common home renovation terminology that will help make you sound, and, more importantly feel, like a pro.

Joist – In architecture and engineering, a joist is one of the horizontal supporting members that run between foundations, walls, or beams to support a ceiling or floor. Typically, a joist has the cross section of a plank. Joists are often supported by beams laid out in repetitive patterns.

Girder – A basic support system used in a variety of construction projects that is usually made of steel in an L- shaped style of cross-section. It is strategically designed this way to improve strength and support for the weight it bears.

Header – A support beam located horizontally above the door, window or other opening in the building. The main purpose of the header is to support the structural components above the opening.

Load-Bearing Wall – A wall that bears the weight of the house above said wall, resting upon it by conducting its weight to a foundation structure. The materials most often used to construct load-bearing walls in large buildings are concrete, block, or brick.

Non Load-Bearing Wall – Also referred to as a curtain wall, provides no significant support for any structures above it, other than the support necessary to bear its own weight.

Plumb – A line that is precisely perpendicular or vertical to a level horizontal line. It is often used as an adjective in carpentry.

Rafter – One of several internal beams extending from the eaves to the peak of a roof and constituting its framework.

Rise – In relation to stairs, or stair treads, the measured distance between a single step, staircase or rafter. The rise is usually measured from a vertical angle.

Miter Cut – A cut made at a precise angle relative to the lengthwise edge of millwork, lumber, tile or other material. When material is to be joined at 90 degrees, each piece would be miter cut at 45 (135) degrees to form a clean miter joint.

Cladding – A trim that’s used around doors, windows and garage doors, and is usually made from aluminum. It can also be made from smart board (pressed wood) or cement fibre siding trimmings.

Fascia – This term refers to the frieze or band that runs horizontally under the roof’s edge, forming the outer part of a cornice.

Soffit – The underside of an architectural structure such as an arch, a balcony, or overhanging eaves.

Stringer – The primary support system for a staircase. The riser and tread components of the staircase are attached to the stringer to ensure full support.

Punch List – A document prepared near the end of a construction project listing work not conforming to contract specifications that the contractor must complete prior to final payment. The work may include incomplete or incorrect installations or incidental damage to existing finishes, material, and structures.